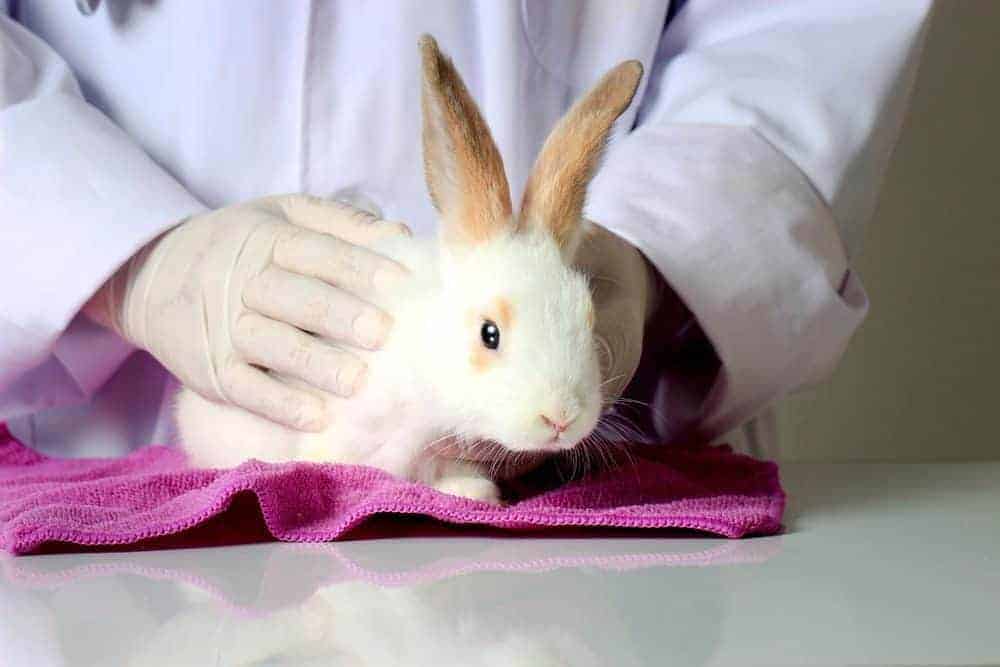 Caecotrophy is an entirely normal and essential behaviour in rabbits which consists of eating soft, mucus covered faeces known as caecotrophs. The formation of these nutritionally rich packets of waste starts in the caecum. For the rabbit they are an important source of amino acids, volatile fatty acids, vitamins, and enzymes. Unfortunately, there are several conditions that interfere with the formation and intake of caecotrophs which can cause some significant problems.

How do they form?

Rabbits are strict fibrevores, always requiring a fibre rich diet. Whilst the digestion in the stomach and small intestine is more like a monogastric species, the large intestine is entirely involved in the processing of non-digestible fibre. This fibre is separated in the proximal colon into coarse and fine fibre particles, with the coarse undigested fibres being moved distally and the small fibre particles being moved back towards the caecum.

At Burgess we also measure ‘beneficial fibre’in the analytical constituents which is a combination of both types of fibre.

Some of the nutrients formed from fermentation are absorbed through the wall of the caecum, whilst the rest form a soft pasty material rich in bacteria, amino acids, vitamins, enzymes, minerals, and volatile fatty acids.

The pasty content of the caecum is then moved rapidly through the colon without any separation of liquid and solid parts, to be finally excreted as caecotrophs. This movement is controlled by the autonomic nervous system acting on the fusus coli, a highly vascular and innervated section of the ascending colon. Hormones such as aldosterone and prostaglandins are also involved. In the fusus coli, contents are pressed and divided into small portions which are then covered with mucus before being excreted as caecotrophs.

The formation of caecotrophs follows a circadian rhythm, with most being excreted during the morning and evening. Many owners are initially surprised to discover that caecotrophs are ingested directly from the anus! Here are some interesting facts about caecotrophy.

Many factors can alter caecotrophy, including illnesses, diseases, diet, body condition and stress. This tends to occur because of an alteration in the consistency of the caecotroph itself, or perhaps restricting the ability to ingest from the anus. Ultimately, if a rabbit fails to eat enough caecotrophs, it will eventually become deficient in essential vitamins and amino acids.

The consistency plays an important role in whether the rabbit is keen to eat them. They should have a texture that is soft yet firm, and a shape that is easy to prehend, crush and swallow. They also need to be covered in a protective mucous lining. Most rabbits will avoid overly pasty caecotrophs.

In most healthy animals, almost the entire volume and quantity of caecotrophs produced is eaten. In abnormal conditions or ill health, caecotrophs will gather in the corner of the housing, bedding or under the tail, and unfortunately, many owners fail to notice this in time. Occasionally we might be presented with an animal that has been caecotroph deficient for weeks or months. Below are 11 examples of where the normal process of caecotroph production and ingestion can be altered.

At Burgess Pet Care we produce a range of high quality feeding hays  for rabbits, providing the essential beneficial fibre they need. This includes Burgess Excel Long Stem Feeding Hay which is the ideal product to stock in your clinic. You’ll be assured that you are only offering the very best quality food.