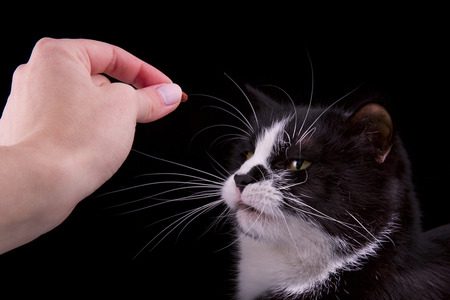 Anorexia is a sign, not a disease in itself. It can be caused by numerous conditions, including inflammatory bowel disease, renal disease, pancreatitis, neoplasia and foreign bodies. To make an accurate diagnosis, a detailed work up needs to be made.

A cat that hasn’t eaten for more than 24 hours gives us with quite a challenge as they can rapidly develop severe liver disease (hepatic lipidosis). Left untreated, this can escalate rapidly with devastating and often fatal consequences. It’s important to recognise the problem and have a plan of action early on in the condition.

Hepatic lipidosis is unique to cats, and is the process whereby fat mobilises into the liver causing the liver cells to swell and stop working. It’s seen most frequently in anorexic cats especially if they are or used to be overweight. A diagnosis can be confirmed by liver biopsy.

Cats diagnosed with hepatic lipidosis usually need to be hospitalised and fed via feeding tubes until they are able to feed themselves.

The choice of treatment for anorexia very much depends on the cause, but may include any of the following;

It must be stressed that the use of any drugs in the treatment of animals must follow the Prescribing Cascade.