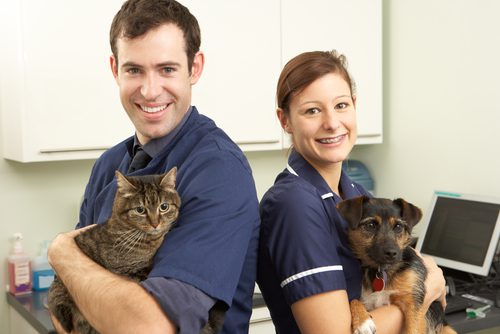 Neutering – one of those things on your ‘to do’ list?

When it comes to neutering their pets, people often have strong opinions. But science is unequivocal – for most pets, neutering is not only the best way to prevent unwanted litters, it also protects against life-threatening diseases.

While some people think that a female dog, cat or rabbit should have a litter before she’s spayed, or that neutering a male animal will emasculate him or change his personality, or even that the operation is complex and risky, none of these assumptions are true. The reality is that this routine procedure, which is carried out by vets every day, will serve to protect the long-term health of your much-loved furry friend.

And, when it comes to personality – this is dependent on genetics rather than neutering. What’s more, neutering isn’t a solution to behaviour issues. If you’re concerned about your pet’s behaviour, always discuss this with a qualified behaviourist first before making the decision to neuter. In some cases, neutering could make a situation worse.

For female dogs, medical evidence shows that spaying before your pet’s first season has the most health benefits. Every time a dog has a season, her chances of developing breast cancers in later life increase. Unneutered male dogs are at a higher risk of testicular tumours and certain prostrate conditions. Neutering also removes the urge to escape or run away on walks to try and seek out a mate. Most vets will neuter dogs of either sex from around four months, although with large breed males, your vet may wish to wait a little longer. There is new research emerging all the time on the best times to neuter different types/breeds of dogs and if you’re unsure, chat to your vet.

Cats should be neutered by the time they are four months old, which is the age when females can begin to have a litter. With their independent lifestyles, accidental pregnancy is a big risk, with one female capable of having up to 18 kittens a year. For male cats, neutering calms the urge to escape, roam, spray and fight, as they’re no longer focused on wanting to breed. This also protects them from contracting Feline AIDS and leukaemia, both of which can be spread between animals through bites during cat battles.

Around 90% of unneutered rabbits develop cancer of the womb by the age of five. Neutering not only prevent breeding, it helps them live longer, healthier lives and can also promote calmer relationships with other bunnies. Rabbits should always be kept with at least one bunny buddy and, even in same-sex pairs, neutering can play a vital part of a forming a loving bond. Neutered rabbits are less temperamental and generally easier to handle, which is especially important if children help to look after them. If you have indoor rabbits, you’ll find that neutered bunnies are less likely to exhibit marking behaviours around your home.

Rabbits are usually neutered around four to five months old, although males can be castrated as early as 10 to 12 weeks. Care should be taken with male rabbits as they can still be fertile for up to four weeks after castration and should be kept separate from unneutered females for at least a month.

While it’s possible for guinea pigs to be neutered, do discuss this with your vet. Guinea pigs are amongst the most difficult rodents to anaesthetise as they can respond quite differently to the anaesthetic agents. There can also be complications after the anaesthetic, which can include respiratory infections, digestive upsets and lack of appetite. By carefully selecting the correct anaesthetic and having good nursing care both before and after the surgery, many problems can be avoided. Guinea pigs need the company of their own kind, so a neutered male with one or more females generally works very well.

Ferrets have unusual reproductive systems. Female ferrets can become very ill and even die if their reproductive cycle is not controlled by hormone injection, implant or neutering. Coming into heat during the long breeding period of March to September, produces a rush of oestrogen, which reduces their body’s ability to make red blood cells. If the heat is not ended in time, this can lead to anaemia, which can be life-threatening. For male ferrets, neutering will calm aggressive behaviours, remove the drive to mate and reduce their rather pungent scent.

What happens when your pet is neutered

Neutering your pet while they’re young is a great step to helping them stay healthy into old age, although it’s possible to neuter pets of all ages as long as they are fit enough to cope with the anaesthetic. The best advice is to talk your vet, who will be able to answer your questions and address any concerns you may have.