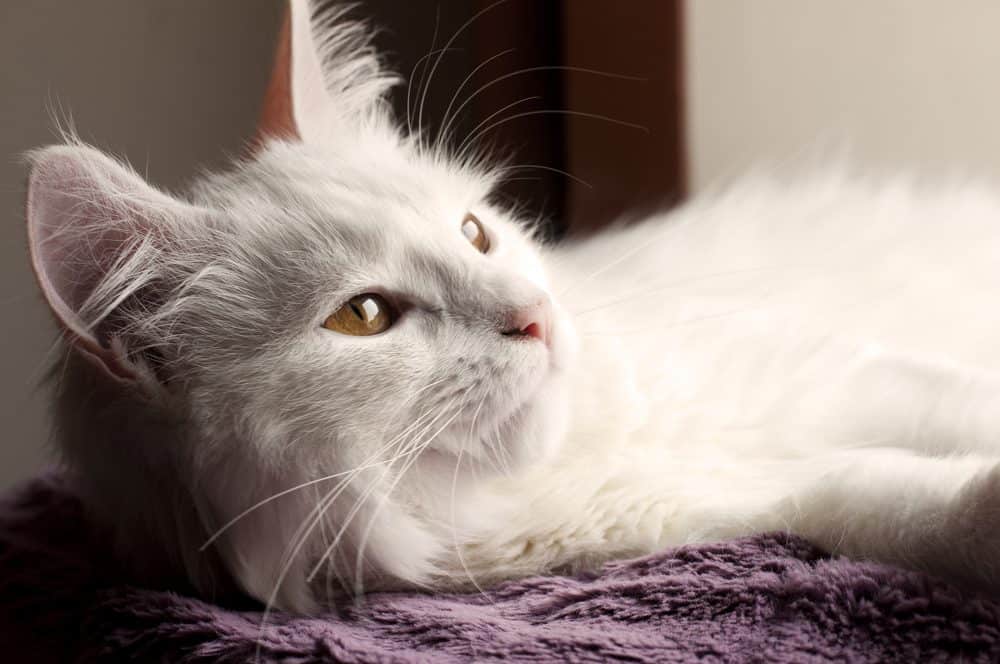 Unravelling the mysteries of a cat’s purr

Kittens can purr when they’re just two days old and it’s crucial to their survival. Born blind and deaf, kittens can feel the vibrations of their mother’s purr, which leads them to her body to suckle and for warmth when they’re still too young to regulate their own body temperature.

No wonder then that we humans associate purring with contentedness, but feline experts believe that the purr is actually far more complex.

Pam Johnson-Bennett, author of Cat Wise, says: “The purr serves more than one purpose, so if you were under the impression, as so many people are, that cats only purr when happy or content, you’re missing out on how multifaceted a purr truly is. The purr communicates several different emotional states. The one humans are most familiar with is that a purring cat is content and happy but in reality, cats purr for a variety of reasons and not all of them mean contentment.”

Johnson Bennet compares purring to the human smile: “People smile for a variety of reasons. People smile when happy, nervous, unsure or when trying to make someone else feel comfortable. It’s that way with the purr as well. Cats may purr when happy but also, they use it for self-soothing. They may purr when nervous, sick, in pain or even when close to death. This makes sense because of the endorphin release.”

How do cats purr?

This has long been a source of debate. Science is now fairly sure that the noise comes from the muscles within the cat’s larynx. As they move, they dilate and constrict the glottis – the part of the larynx that surrounds the vocal chords – and the air vibrates every time the cat breathes in or out, resulting in a purr.

Featured on BBC Future, Gary Weitzman, a veterinarian and CEO of the San Diego Humane Society, states:  "We’re just beginning to understand it and there are more unanswered questions than answered. While the purr does generally represent contentment for cats, it can also express nervousness, fear and stress. It’s been speculated for decades that purring was a form of communication. It’s likely that purring has communication, appeasement, and healing properties."

The healing power of purring

Indeed, some experts believe that purring has a powerful healing action. It’s thought that the vibrations from the activity are physically rejuvenating – a way for the cat to ‘heal’ itself after stress. The frequency of those vibrations – which range from 20Hz up to 150Hz – is thought to promote bone growth, as bones harden in response to the pressure. Other frequencies may do something similar to tissue. “Purrs at a frequency of 25-100Hz correspond with established healing frequencies in therapeutic medicine for humans," says Dr Weitzman. "Bone responds to 25-50Hz and skin and soft tissues to around 100Hz, according to researchers."

The theory is that this is why we see our felines purring in apparent contentment while enjoying one of their frequent cat naps, they’re actually going through a form of self-repair. The purr has developed as a low-energy way to keep bones and tissues in good condition while the cat rests.

Cats will also purr when they are sick or injured – the frequency of the purr in sick animals differs from the healthy purr, which again suggests it may have healing properties or may be self-soothing when the cat feels at its most vulnerable.

As many a feline devotee will know, cats really know how to maximise the purr to their advantage. A study at the University of Sussex identified that cats have developed a specialised purr referred to as a ‘soliciting purr’. This includes cries at similar frequencies to a human baby cry. Cats are able to ramp up the high frequency in order to get their human family members to feed them.

“Most of us feed the cat before ourselves, which shows how effective their communication is”

Celia Haddon, an author and cat behavioural expert, says: "This particular sound is rather like the isolation cry of kittens or the human baby distress cry. We humans are naturally sensitive to the baby cry, so we respond also to the cry within the purr. In the morning, loud purring can be used, together with human face patting or rubbing, to wake up a human and thus get breakfast. Most of us feed the cat before ourselves, which shows how effective their communication is.”

When our cats purr, there’s no doubt we benefit too. Just stroking a cat has been shown to lower blood pressure and stress. "I think the purr has a big benefit for humans," says Dr Weitzman. "The physiological benefits aside, we’ve always responded to purring’s psychological effects. It calms us and pleases us, like watching waves against a beach. We respond to a cat’s purr as a calming stimulus and may have even genetically selected cats with more propensity to purr.”

While cats use a range of vocalisations such as yowling, hissing and growling to communicate with each other, meowing isn’t one of them. This is a behaviour they’ve adopted just for humans. But what are they trying to tell us?