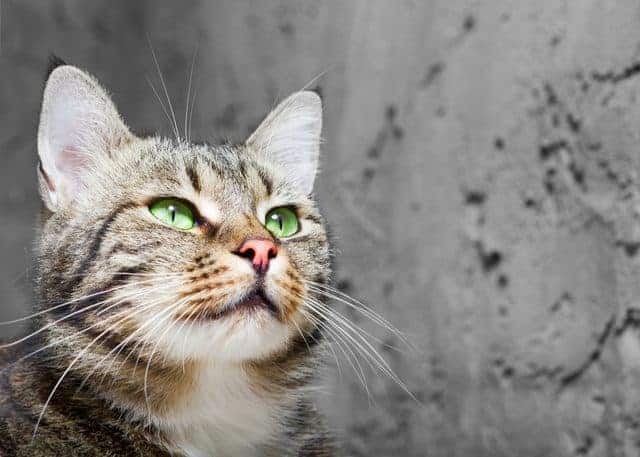 Why the cat’s whiskers can put them off their dinner

When something is described as being ‘the cat’s whiskers’, it means it is excellent, or superior. In fact, this old saying, to coin another bygone phrase, really ‘hits the nail on the head’. Your cat’s whiskers are amazing – they act as high-powered antennae, which pull signals into their brain and nervous system, rather like feline radar.

Without them, cats simply wouldn’t be able to achieve all those fabulous feline feats that they’re famous for – from squeezing through tight spaces and navigating safely around in the dark to hunting fast-moving prey.

Cats see better at a distance but have difficulty focusing on objects up close. Whiskers help cats ‘see’ things right under their noses by constantly sending information to the brain.

To a cat, their coarse, thick whiskers, which have roots that are three times deeper than regular hair, are what help them understand and negotiate the world around them. Commenting on petmd.com, Dr Neil Marrinan of the Old Lyme Veterinary Hospital in Connecticut states: “Cat whiskers are extraordinary sensing hairs that give them almost extrasensory powers.”

What is whisker fatigue?

Because whisker hairs are so sensitive, every time your cat comes into contact with an object or detects movement, messages are transmitted from those sensory organs at the base of his whiskers to his brain.

The theory goes like this: When a cat is required to use a narrow food or water bowl, his whiskers touch it every time he dips his head to eat or sip. This sends an overload of messages to his brain, causing stress. For some cats, it is just too much and is defined as ‘whisker fatigue’. Dr Marrinan suggests behaviours to watch out for that could reveal this is affecting your cat include pacing in front of the bowl, being reluctant to eat but appearing to be hungry, pawing at food and knocking it to the floor before eating or acting aggressively toward other animals around food.

A cat’s whiskers correspond to the width of its body and a cat will use them to gauge whether or not he can fit through a narrow space.

If you think your cat could be suffering from whisker fatigue, the solution is quite simple – swap your cat’s narrow feeding bowl for one that is wide and shallow, which won’t disturb those astonishing whiskers and make feeding time a much more relaxed and happy affair.

Whiskers often indicate mood. When pulled back against the cheeks, this can mean a cat is scared or angry, while relaxed whiskers reveal a happy cat. Tense whiskers pointed out front generally mean the cat is feeling aggressive or is in hunting mode.

FIND OUT MORE about the feeding habits of cats here