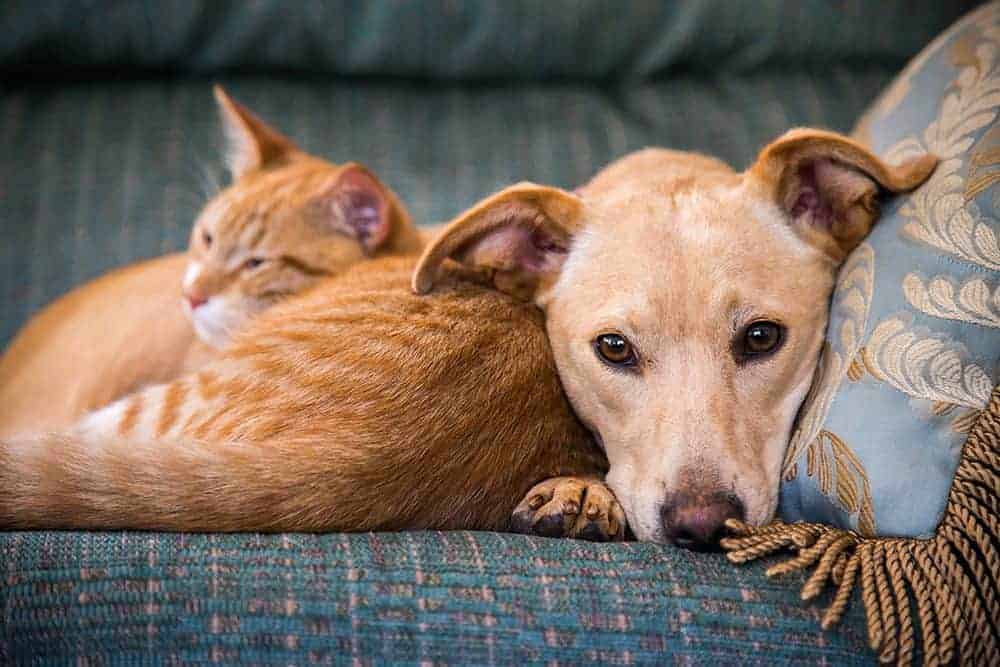 Do dogs and cats get the winter blues?

Seasonal Affective Disorder (SAD for short) is a condition that’s been recognised in humans since the 1980s. Also known as ‘winter depression’, the symptoms – which include a persistent low mood, lethargy and sleeping for longer – often begin when the autumn days get shorter, becoming more severe during December, January and February.

DO YOU NOTICE A DIFFERENCE?

Whether our pets suffer from SAD is a hot topic among veterinary professionals. The PDSA carried out a survey that suggested one in three dog owners saw a difference in their dog’s behaviour during the winter. Whether this is due to SAD, or something else, is extremely difficult to prove.

As we share much of the same brain chemistry with dogs and cats – including the hormones melatonin and serotonin – it’s conceivable that our pets can suffer from SAD. But it’s not the only explanation.

As dogs are so in tune with our moods, it could be a case that they are mirroring how their human is behaving. If we’re mooching around the house all day feeling fed up with the weather, it’s not really surprising that dogs and – to some extent – cats will pick up on that.

Another explanation is that the animal is feeling bored. In spring and summer, we’re more likely to spend lots of time outside with our pets, who thrive on all the sounds, scents and stimulation supplied by the Great Outdoors. When daylight is in short supply and time outside restricted, your dog might not be getting all the exercise and mental stimulation he needs. The same can be true of cats who like to spend the day outside exploring but, during the cold and wet winter months, are stuck inside for much of the time.

GET THROUGH WINTER TOGETHER

Whatever the cause, it’s important to ensure that your pets have as much access to daylight and fresh air as possible, as well as plenty of things to keep them occupied during the wintertime. Here are some things to try:

Remember that if your pet loses their appetite, has a decreased energy level or shows any other symptoms of being out of sorts that are unusual for them, visit your vet so they can rule out or treat any underlying health problems.