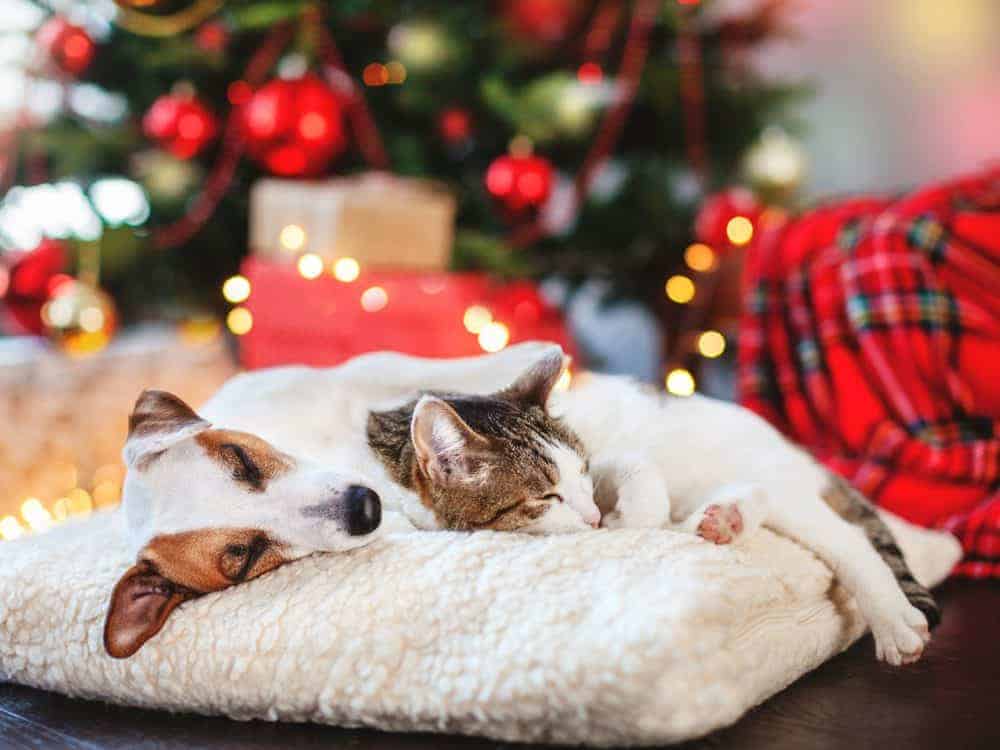 The festive season is a time to cuddle up on the sofa with our pets and watch some favourite family movies. So why not have a go at our fun quiz about some of the best-loved animal stars on film. Answers at the end – but no peeking!

Q1: What’s the name of the Golden Retriever who has a special collar which allows him to speak human words in the Pixar/Disney movie Up?

Q4: In Harry Potter, what breed of dog is Hagrid’s companion Fang?

a) Deerhound b) Wolfhound c) Boarhound

Q5: In the comedy film Stuart Little about a human family who adopt a mouse, what’s the name of the title character’s feline nemesis?

a) Snowball b) Snowflake c) Snowbell

Q6: In Alice’s Adventures in Wonderland, who has a distinctive mischievous grin that is the last thing visible when its body disappears?

Q7: In this 2009 family adventure, a specially trained squad of guinea pigs is dispatched to stop a diabolical billionaire from taking over the world. What were they – and the film – called?

Q8: What’s the name of Bambi’s bunny companion in the 1942 Disney movie?

a) Bumper b) Jumper c) Thumper

Q9: Crookshanks is Hermione Granger's clever cat in Harry Potter. Where did she get him from?

Q10: What’s the name of the dog who looks after the Darling children in Peter Pan?

a) Nana b) Auntie c) Garnie

Q11: In Disney’s One Hundred and One Dalmatians, what method did Pongo and Perdita use to ask for help from the other dogs in London?

Q12: In the Harry Potter movies, who does Scabbers the rat belong to?

Q2: A: a) Remy. The film’s title refers to the French dish, ‘ratatouille’, which is served at the end of the film to great acclaim and is also a play on words about the species of the main character.

Q3: A: b) Bill Murray, who said: “I thought it would be kind of fun, because doing a voice is challenging, and I'd never done that.”

Q4: A: c) Fang is an oversized Boarhound who slobbers constantly and is utterly devoted to Hagrid.

Q5: A: c) Snowbell – who, at the end of the film redeems himself by rescuing Stuart from an empty bird’s nest in Central Park.

Q6: A: c) The Cheshire Cat, which historians think was inspired by a carving in Croft church, North Yorkshire, where Lewis Carroll’s father, Reverend Charles Dodgson, was rector.

Q7: A: a) G-Force. The guinea pigs Darwin, Blaster, and Juarez are so successful in their task that they are appointed special agents of the FBI.

Q8: A: c) Thumper. He’s known and named for his habit of thumping his left hind foot.

Q9: A: b) The Magical Menagerie. The witch from whom Hermione purchased him stated that he had been in the shop for a long time as "nobody wanted him".

Q10: A: a) Nana. She is the nurse of Wendy, John, and Michael Darling. Even though Mr Darling is somewhat embarrassed to have a dog in his employ, Nana is very good at her job.

Q11: A: b) The term 'Twilight Bark' was coined by the book’s author Dodie Smith. The original usage is: “Many people must have noticed how dogs like to bark in the early evening. Indeed, twilight has sometimes been called ‘Dogs' Barking Time’. Busy town dogs bark less than country dogs, but all dogs know all about the Twilight Barking. It is their way of keeping in touch with distant friends, passing on important news, enjoying a good gossip.”

Q12: A: a) and c) Before he was Ron’s companion, Scabbers belonged to his older brother Percy.

How did you score?

‘Tis the season to be jolly but, for our pets, it’s also a time of hazardous foods, poisonous plants and dangerous decorations. Ensure the four-legged members of your family have a safe and happy Christmas by following Dr Suzanne Moyes’ festive advice