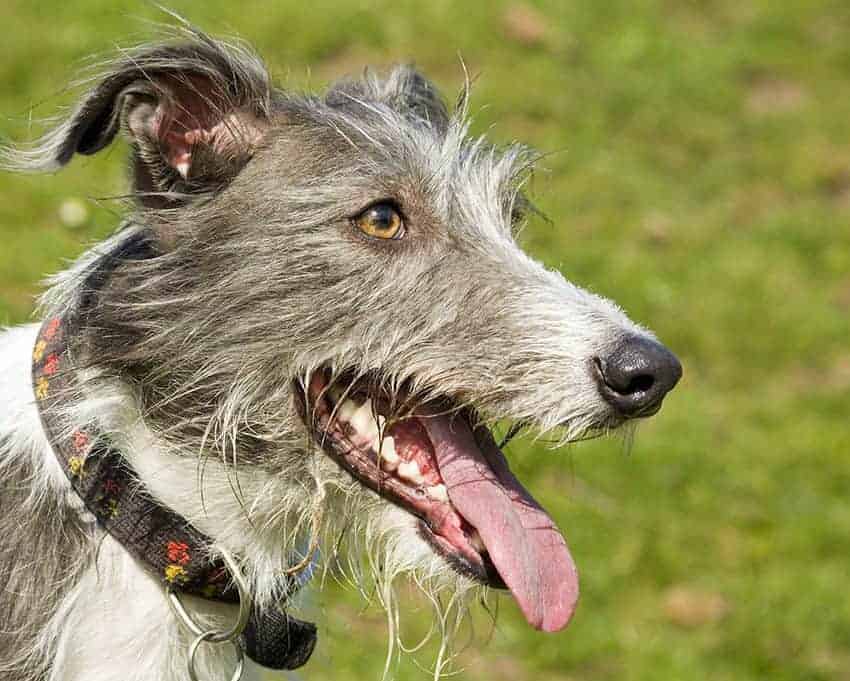 Greyhounds and Lurchers may have endless legs and be a bit on the bony side but, while every dog is unique, these sight hounds generally have a gentle and rather sensitive temperament that makes them sweet natured, loving companions who love a cuddle. There’s even a thing called the ‘Greyhound full body lean’, which is just one of the ways these fantastic dogs demonstrate their affection.

Many of these dogs are ex-racers who have ended up in rescue kennels waiting for a loving home to spend the rest of their lives when their working days are over. As a result, if you’re considering adopting one of these leggy lovelies, you must be aware that they need time and gentle encouragement to get used to the home environment – as well as some training to keep their chase-instinct under control.

Greyhounds – the dog of kings

The Greyhound is one of the oldest known breeds of dog, dating back to an ancient breed in Egyptian times. They were often owned by royalty, and by the 11th century in England, were owned exclusively by the nobility.

Lurchers – no two are the same

Lurchers are usually a cross between a sighthound breed – such as Greyhound, Saluki and Whippet – and a Collie or Terrier, and were originally bred for hunting and poaching. Lurchers vary in their looks and can be long or shorthaired and come in a variety of colours. Because they’re a mixed breed, no two lurchers are the same. One might have the stamina of a Collie and the gentleness of a Greyhound – another the cuddliness of a Whippet with the speed of a Saluki.

As with any animal, having the time to devote to them and providing them with a comfortable and secure environment really can bring the best out in these dogs – making them loyal and loving companions that you’ll wonder how you ever lived without. You just need to get into the sighthound zone…

5 things you may not know

1. Greyhounds and Lurchers usually get on well with other dogs but will instinctively chase cats and small animals. Being so fast, they may be quick enough to catch them! Take care when out with your new dog, around smaller dogs and other animals that may stir up their hunting instincts. Providing toys to chase and play with can help to channel their hunting urges away from the local wildlife.

2. Greyhounds and Lurchers don’t require lots of exercise, contrary to what people usually think, and only need two short walks a day. When they do run, they are extremely quick (although most don’t bother reaching their top speed of over 50 miles an hour) but they can only sustain this in short bursts. The rest of the time they prefer to be upside down on a sofa conserving their energy. Affectionately known as couch potatoes, they like nothing more than to cosy up on a comfy bed and snooze in a warm home.

3. Greyhounds and Lurchers are extremely athletic and some can clear a six-foot fence, so a secure, dog-proof garden to play in is essential.

4. Lurchers need lots of mental stimulation to prevent boredom and destructive behaviour. Obedience training and fetch games are a good way to occupy them, and food is a great reward tool to use in their training. Providing them with chew toys will also help prevent them gnawing on your furniture.

The recipe includes glucosamine to help stiff joints and overworked legs, omega 3 to aid temperature regulation and promote a glossy coat and healthy skin, as well as protein at a slightly lower level as too much protein is not needed by pet Greyhounds and Lurchers.