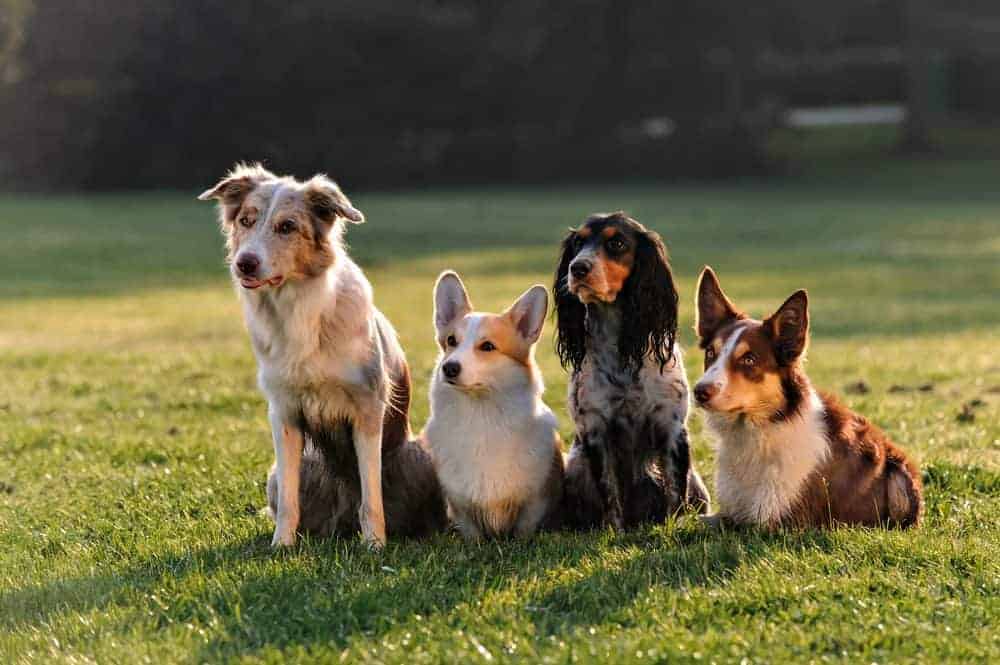 Is your dog a genius?

How do you know if your Cocker Spaniel is more than just a smart cookie and may actually be a canine genius? Plus, which are the most intelligent dog breeds? Find out where your dog comes on the canine intelligence breed rankings...

If you have a dog, you’ll know just how good they are picking up the meaning of certain words – even when you don’t want them to. For example, have you found yourself spelling out the word w-a-l-k to avoid a flurry of excited barking? Does your soundly sleeping canine chum prick up his or her ears at the mere whisper of the word ‘treat’?

Dogs, in general, may be smarter than many scientists once thought. According to a new paper published in science journal Nature, some canines can learn the name of a new object after hearing it only four times. This is significant because this ability was previously thought to be confined to humans.

However, it appears only some canines make the genius grade. The researchers found this ability was not common among all the dogs studied and concluded that it may be limited to a few ‘talented’ individuals.

Will your dog do as well as Whisky and Vicky Nina?

Writing for The Conversation, Jan Hoole, a Fellow at Keele University with a special interest in animal behaviour, outlines the key points of the study, which involved a Collie called Whisky (who knew 59 objects by name) and a Yorkshire Terrier called Vicky Nina (who knew 42 toys). The study is easy to replicate at home by following the steps the researchers took, so you can find out whether your canine pal can learn the names of objects as quickly as Whisky and Vicky Nina and is, indeed, a genius. Here’s what the research project involved:

The test involving the new toy was also carried out by 20 volunteers with their own dogs, but these canines didn’t show the ability to learn new names after just a few hearings. The authors suggested the difference between the performance of the two dogs in their test and the volunteer dogs means, in order to learn new names quickly, the dog might need to be unusually intelligent or to have a lot of experience in learning names.

Jan Hoole comments: “It seems likely there are a combination of factors at work in these experiments. It’s significant that the breed most commonly used in studies of this type is a Border Collie, which is purposefully bred to attend to audible commands and is very highly motivated to carry out tasks and to please the handler. Yorkshire Terriers also enjoy mental and physical stimulation.”

Similar tests have been carried out by other research groups, usually using Border Collies. In 2004, a dog called Rico was found to know the names of 200 different objects, and in 2011, a female Border Collie called Chaser learnt 1,022 unique objects. This study, carried out by researchers, John Pilley and Alliston Reid, demonstrated Chaser's ability to learn the names of proper nouns and her extensive vocabulary was repeatedly tested under carefully controlled conditions. The 1,022 objects were her toys and the researchers admitted that she remembered their names better than they did.

Jan Hoole adds: “Other breeds may simply be less interested in playing with or fetching toys. For example, sight hounds, such as Salukis and Greyhounds, are primarily bred for hunting or racing, so are generally more difficult to train. They may show no interest in toys at all, as well as being considerably less motivated to please the handler.”

Positive reinforcement in a powerful way for animals to learn

It’s important to note that the experimental dogs in the study were intensively trained, through play and social interaction, to pay attention to the names and characteristics of the toys. “This might make them more likely to notice the differences between new and familiar toys, and to attend to the verbal cue associated with them,” says Jan Hoole. “Although their training was not formal, it was nevertheless positive reinforcement training, a powerful method for teaching animals and humans. The dogs have undoubtedly learned their skills to a high degree.”

Canine behaviour experts like Jan agree that while it’s quite possible to teach all dogs to learn the names of objects and perform tasks, the degree to which they’re willing and able to learn and carry out the task greatly depends on the breed of dog and the level of motivation they have. Jan Hoole concludes: “If your pet is an Afghan Hound (ranked #79 for canine intelligence) or a St Bernard (ranked #65), you should not expect it to be interested in spending hours fetching toys for you. If, on the other hand, you have a Border Collie (ranked #1) or a Poodle (ranked #2) their abilities may only be limited by your imagination and your dedication to playing with them.”

Which are the most intelligent dog breeds?

In his book, The Intelligence of Dogs, Coren featured the results of a lengthy survey of 199 dog obedience judges. He found the responses were remarkably consistent but noted that many judges pointed out that there are many exceptions in every breed and that a lot comes down to training.

Check out Stanley Coren’s findings and see where your dog appears in the canine intelligence rankings:

Top tier – the brightest working dogs, who tend to learn a new command in less than five exposures and obey at least 95% of the time.

Second tier – excellent working dogs, who tend to learn a new command in five to 15 exposures and obey at least 85% of the time.

Third tier – above-average working dogs, who tend to learn a new trick in 15 to 25 repetitions and obey at least 70% of the time.

Fourth tier – average working dogs, who tend to learn a new trick in 25 to 40 repetitions and obey at least 50% of the time.

Fifth tier – fair working dogs, who tend to learn a new trick in 40 to 80 repetitions and respond about 40% of the time.

Sixth tier – the least effective working dogs, who may learn a new trick after more than 100 repetitions and obey around 30% of the time.

Of course, the value of defining animal intelligence in human terms is an ongoing debate and, if you’re the proud owner of an Afghan Hound (ranked #79), don’t be disheartened.

As animal behaviourist Frans de Waal has argued in Are We Smart Enough to Know How Smart Animals Are?, Afghan Hounds may not be unintelligent but rather independent-minded, stubborn, and unwilling to follow orders. “Afghans,” he wrote, “are perhaps more like cats, which are not beholden to anyone.” No wonder, then, that they’re not fussed about fetching toys when they have their human to do it for them...

Is your dog a Burgess dog? Join the Burgess Pet Club for exclusive offers and rewards.

CATS V DOGS – WHICH IS THE SMARTEST? Are dogs smarter because they have more neurons in their brain and can learn to respond to commands, whereas cats generally don’t – or won’t? Or perhaps cats have a deeper intelligence because they choose not to respond to requests from their human and, as some may argue, have actually ‘trained’ us to do their bidding...

BECOME A DOG COMMUNICATION EXPERT It’s not difficult to tell if your dog is really happy – that waggy tail and soppy smile is such a giveaway. However, there are lots of other, more subtle signs that reveal how your four-legged pal is feeling and what they’re trying to tell you.

GOOD DOG! HOW TO MAKE DOG TRAINING A SUCCESS  Is your dog’s behaviour proving to be a bit of a challenge? The secret to successful training is getting to grips with dog communication and dog body language so that the two of you can really understand what you’re saying to each other.

DOG TRAINING MYTHS BUSTED With lots of new puppies and dogs on the block, all sorts of people have opinions on the best ways to train a canine – but it’s essential to only take advice from expert, trusted sources.

DOG BEHAVING BADLY? What’s the thing that your dog does that you find baffling, frustrating or even downright annoying? Barking at people walking past the window, ripping up the post, digging holes in the lawn, eating food out of the bin or running off with your slippers? Whatever the waggy-tailed trait that drives you up the wall, the fact is, your dog is not doing it to be naughty – he or she is simply exhibiting normal canine behaviours.