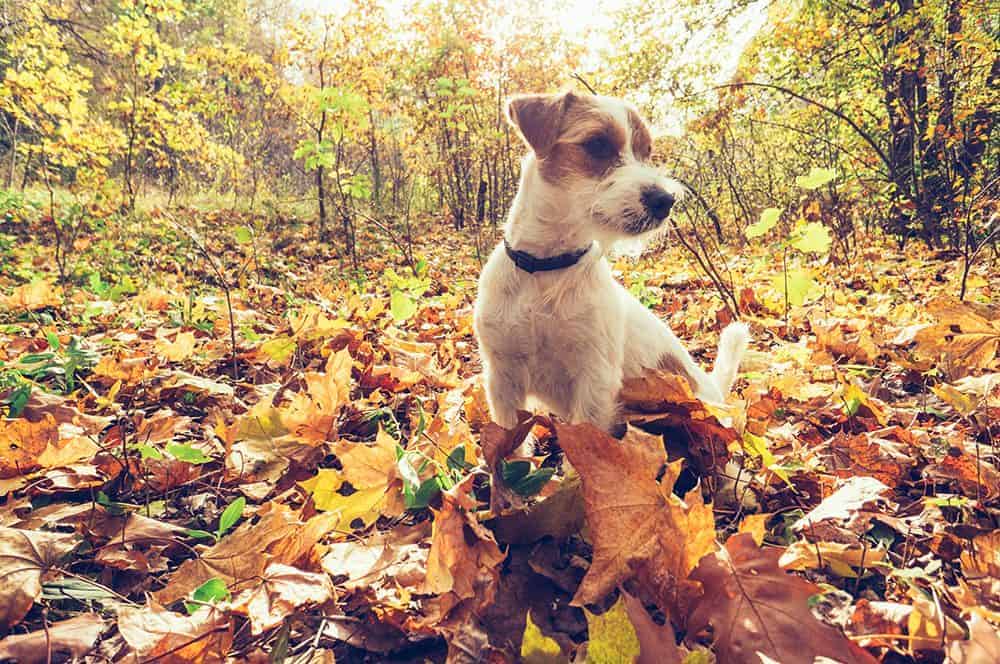 The season of mists and a multitude of dangers…

Find out how to navigate your pets’ way safely through autumn with our expert advice...

Collecting and playing with conkers may seem an innocent enough autumn activity, but it’s something you should steer well clear of if you are a dog owner. While poisoning is rare, chewing and ingesting conkers can make a dog seriously ill. The cause is a chemical called aesculin, which is found in all parts of the horse chestnut tree, including the leaves. Conkers can also cause blockages in your dog’s stomach. Signs of illness may occur within one to six hours, or may take a couple of days. Poisoned animals may vomit and have diarrhoea, become very restless due to pain, collapse and become severely dehydrated. If your dog begins to exhibit any of symptoms of being unwell, take them straight to your vet. They will need to be rehydrated and medicated and, if there is a blockage, surgery may be required. Although unpalatable, conkers are toxic to all pets, so remove any that fall in areas explored by your rabbits, guinea pigs or ferrets.

Acorns, which fall from oak trees between September and November, may be a staple food for squirrels and wild birds, but they are toxic to dogs. If animals eat the young oak leaves during the spring, or acorns, during the autumn, symptoms of quercus ‒ or oak bud/acorn ‒ poisoning can show within hours, or after several days. So, when on autumn walks, keep a close eye on your dog snuffling through fallen leaves to make sure they’re not chewing on something they shouldn’t. Always take a suitable dog toy or some treats out with you to distract them. Also remove any acorns that end up in the vicinity of your rabbits, guinea pigs or ferrets.

Leaf mould – the mulchy, compost-like substance that piles of fallen leaves turn into as they rot – may do wonders for your garden, but is not so good for canines. Many dogs love to play in fallen leaves, but always clean your dog off after their walk as leaf mould is packed with a toxic mix of bacteria and fungus which, if ingested by your pet, can lead to nasty stomach upsets.

During the autumn, the unpicked fruit of apple trees, plum trees and sloe bushes will plop to the ground and ferment. If your pet nibbles on dropped fruit, it is likely to give them sickness and diarrhoea. They may even have a toxic reaction to the alcohol produced by the fruit as part of its fermentation process.

Flea and tick problems have a tendency to increase during autumn, reaching a peak when the central heating gets turned on. Make sure to use regular flea and tick control and regularly check your pet’s coat.

These tiny red mites make an appearance at the end of summer and the start of autumn in long grass and in woods, where dogs and cats can easily pick them up. Once these malicious mites get onto your pet’s coat, they latch on to the skin and become itchy and irritating, causing your pet to scratch themselves raw. Bad cases of harvest mites can lead to lesions on the skin that are at risk of becoming infected. Check your pet regularly and wash any mites off them. Areas most affected are where there is a thin covering of hair, such as around the eyes, ears and nose, between the toes, and belly.

Cars being prepared for winter means the antifreeze and windscreen wiper fluid out gets whipped out, which is bad news for pets. Antifreeze is extremely toxic to animals and, if ingested, will lead to rapid onset poisoning, which is often fatal. Antifreeze is especially dangerous because it smells and tastes sweet, which attracts dogs and cats to lick it. So, keep this lethal liquid well away from pets and thoroughly clean up any drips or spills immediately.

When temperatures plummet and roads start to get icy, out roll the gritters, loaded up with rock salt. This is a mixture of salt (sodium chloride) and grit, and can be a danger to pets if they lick it from their paws or fur because they find it irritating. Ingestion can result in a high blood sodium concentration, which can cause thirst, vomiting and lethargy. In severe cases, there is a risk of convulsions and kidney damage. Protect your pets by thoroughly wiping their feet, legs and tummy after a walk or time outside in icy weather. Any animal suspected of ingestion of rock salt must be seen by a vet immediately as signs can be non-specific and Immediate treatment will be needed to rehydrate the animal and stabilise their sodium levels.