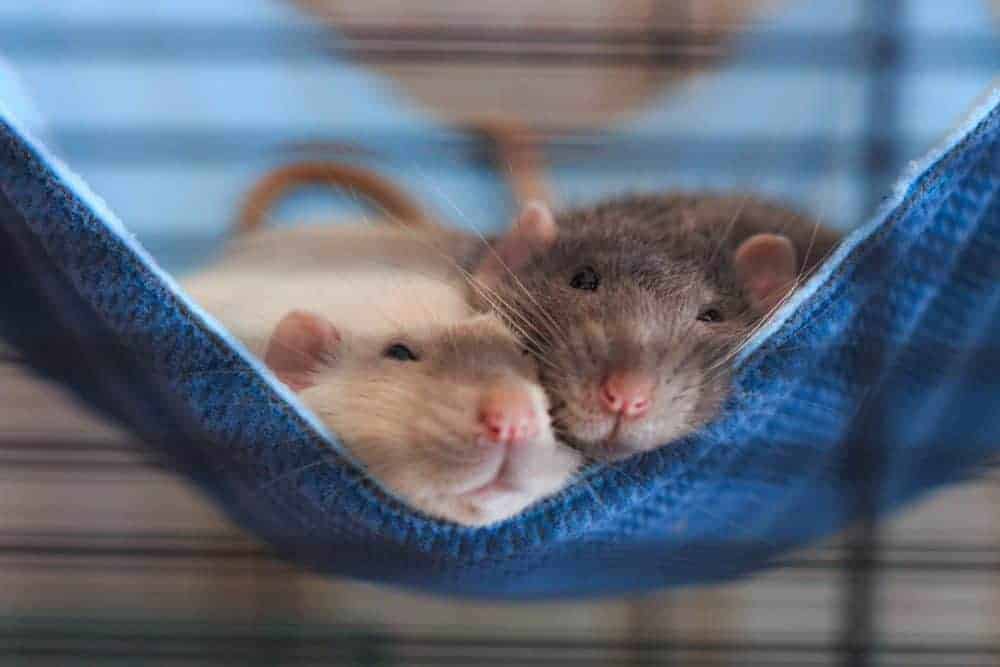 Celebrate the Year of the Rat

1. Rats are ranked at number one

There are 12 Chinese zodiac signs in the following order: Rat, Ox, Tiger, Rabbit, Dragon, Snake, Horse, Goat, Monkey, Rooster, Dog, and Pig. Each sign is named after an animal, each with its own unique characteristics. Ranking first on the list is the rat – with its spirit, wit, alertness, delicacy, flexibility and vitality.

Along with chimpanzees, bottlenose dolphins, elephants, dogs, pigs, pigeons and octopuses, rats are considered by experts to be one of the smartest species on the planet. Scientists have discovered that, just like us, rats can make decisions based on what they do or do not know – something called metacognition.

3. Rats can do tricks

Pet rats are very inquisitive and love learning new things. This makes them quite easy to train. By using food treats, patience and positive reinforcement (always go at your rats’ pace), you can teach your rats some simple tasks and tricks such as responding to their name, shaking paws, jumping through a rat-size hoop or racing through a maze to find some tasty treasure.

Rats need a range of essential amino acids, fatty acids, vitamins and minerals from their diet that they cannot produce themselves. That’s why you should never feed them food designed for rabbits, guinea pigs or hamsters as these formulas simply won’t meet rats’ nutritional needs.

4. Rats recognise themselves on TV

It was once thought that rats have poor vision but, according to findings of a PhD study conducted by Ben Vermaercke and his colleagues at KU Leuven University in Belgium, rats can actually see pretty well. Dr Vermaercke says: “We know that their visual abilities are pretty advanced. We’ve done research showing they can tell the difference between a movie that features a rat and one that doesn’t.”

5. Rats keep themselves spic and span

Contrary to popular belief, rats are fastidiously clean and like to groom themselves regularly. Just like cats, their tongues are rough, which helps them keep their coat dirt free. They can also be trained to use a litter tray.

Well sort of. Once confident in your company, rats will happily sit in your lap or on your shoulder, grinding their teeth to show they are quite content – this is called ‘bruxing’ and is similar behaviour to a cat purring. What’s more, rats laugh when you tickle them. In the late 1990s, neuroscientist Jaak Panksepp discovered that rats emitted a unique ultrasonic vocalisation while playing or anticipating the opportunity to play with other rats, indicating a positive emotional state. Further study revealed that the rats laughed the most when being tickled by the human experimenters.

As well as human pals, rats also need the company of their own kind – same sex bonded pairs or small groups, or a female and a neutered male will create an ideal rat pack.

7. Rats care about others

Erin Stromberg, a keeper at Think Tank, an exhibit that highlights animal cognition at the Smithsonian National Zoo in Washington DC, points to some research that demonstrates rats' amazing capacity for empathy and compassion – qualities that are not often attributed to animals other than humans. He reveals: "When given the choice, rats chose to free other caged animals rather than take a food reward."

In Africa, the APOPO HeroRat non-profit organisation trains Gambian pouched rats to detect land mines that have not been detonated. For each one they identify correctly, they get a food reward. These superhero mine-detection rats can search 200 square metres in one hour – with a metal detector this would take two to four days.

Although their lives are quite short (around two to three years), loyal and affectionate rats quickly learn to recognise the sight and sound of their human and, once they’ve learnt to trust you, will love so spend time every day hanging out with you.

HELP YOUR RATTY FRIENDS TO DO WHAT COMES NATURALLY
Rats are smart, sociable animals who need their human to ensure they have everything they need to live their best ratty lives

TAKE A CLOSER LOOK AT YOUR RATS' DIET
You might think that rats can survive by eating almost anything, but the truth is that these super smart rodents require a very specific diet – as well as the opportunity to forage, handle and manipulate their food