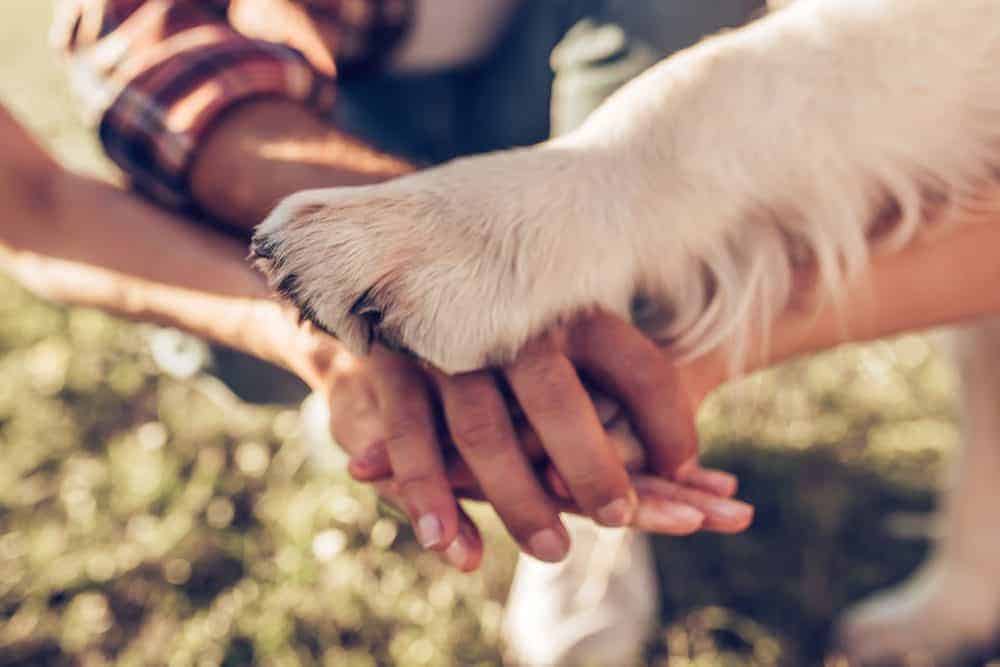 Dog dominance? Why it’s time to ditch this outdated idea

Back in the day, the ‘dominance’ theory quite literally dominated dog training. The theory assumed that dogs are motivated to achieve a higher social ‘status’ relative to other dogs or people in order to achieve control. The conclusion was that, in order to deal with a problem, dog owners needed to establish ‘dominance’ over the dog. Today, canine behaviour experts and trainers agree that the foundations on which this theory was based are flawed, and the ‘dominance’ theory should be consigned to the dustbin of outdated ideas.

Rachel Casey of canine rehoming charity Dogs Trust says: “If one assumes that the behaviour of a dog is motivated by a desire to control or ‘dominate’ its owner, it tends to lead on to the conclusion that in order to deal with the problem, the owner needs to establish ‘dominance’ over the dog. This interpretation of dog behaviour, therefore, has tended to encourage the development of training techniques that use punishment or force to ‘show the dog who is boss’. Lots of behaviourists and trainers used to think in this way, but with the advancement of science, we now know that the foundations on which this theory was based are flawed (see explanation below), and the majority of trainers and behaviourists have changed their practices as a result.

“We also have a much better understanding of how the brain works, and how animals learn, which has enabled us to develop a better understanding of why behaviours such as aggression do develop in dogs. It is therefore important to re-evaluate the techniques we use in the training of dogs, and make sure we use techniques that are not only effective but are least likely to compromise the welfare of our pets.”

Dogs are not on a quest for world domination

Canine expert and presenter of It’s Me or the Dog Victoria Stilwell states: “Dogs are not on a quest for world domination. They are not socialised wolves who are constantly striving to be ‘top dog’ over us, and they are not hard-wired to try and control every situation. Most canine behaviour problems stem from insecurity and/or a desire to seek and maintain safety and comfort – not from a desire to establish higher rank and be the ‘alpha’ over you. Therefore, teaching dogs ‘who’s the boss’ by forcing them into some mythical state called ‘calm submission’ is precisely the opposite of what they actually need in order to learn effectively and overcome behavioural issues.”

Rachel Casey agrees: “If people believe that a dog does something to ‘achieve status’, ‘control them’ or ‘be the boss’ it naturally tends to lead people to use coercive training techniques. This relies on using techniques that will intimidate or scare a dog in order to inhibit an unwanted behaviour, and unfortunately these techniques are not only detrimental for the bond between person and dog but may result in the exacerbation of issues. Because we now know that in most cases, behaviours formerly believed to be caused by dominance, such as aggression, are actually motivated by fear, using techniques that rely on scaring the dog further can make the problem worse in the long term.”

"Your dog doesn’t need to view you as more dominant than them, but they do need to learn to trust you and understand your commands"

Rewarding good behaviour is what works

Thankfully, today, the ‘dominance theory’ has soundly been replaced by reward-based training techniques, also known as ‘positive reinforcement’. Veterinary care charity PDSA defines it as this: “By rewarding your dog with a treat when they do what you want, they’ll want to behave that way again. Repeat this several times. So, if you want them to sit, give the command and give the treat either during the good behaviour or immediately afterwards. Your dog will eventually respond to your command without needing the reward. Your dog doesn’t need to view you as more dominant than them, but they do need to learn to trust you and understand your commands.”

Where did the ‘dominance theory’ come from? Dogs Trust provides an enlightening explanation…

Pack leader or perfect partners?
Being a five-star dog owner is all about building a brilliant human/canine bond. Good dog owners set behaviour boundaries, but also provide space in the partnership for a dog to be a dog

The value of reward-based training with your dog
Focusing on and rewarding what your dog can do, rather than what they can’t, makes training a much more positive experience for canines and humans alike

Tailor your training to your dog’s personality
When it comes to teaching your dog new stuff, it’s never a case of one size fits all. Canine behaviour experts agree that tailoring your approach by understanding the way your dog learns is key to success

Can you change from one rabbit food to another? Everything you need to…

What is Rabbit Awareness Week? Your questions, answered!