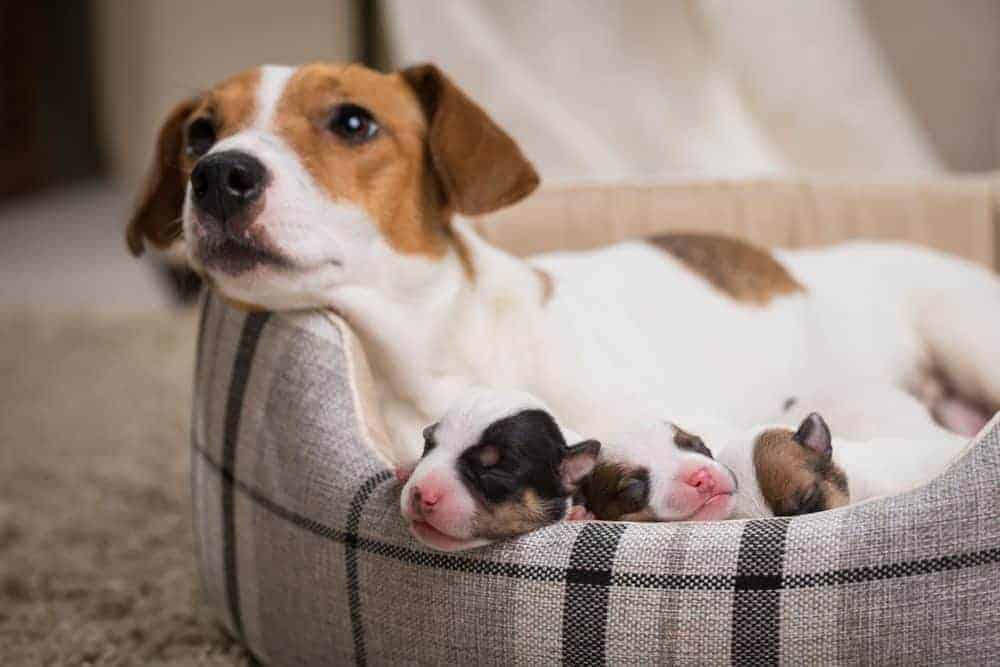 The way your dog behaves is down to their genes

Every devoted dog person knows that Collies are super intelligent and highly trainable, Greyhounds love to chase just about anything that moves and German Shepherds are excellent at guarding stuff – property, people and whatever else they consider belongs to them. And, while the environment a dog grows up in and the training that they receive both play a role in how they behave, the most common breed behaviour traits are largely inherited.

This is the conclusion of a study of 101 different dog breeds recently undertaken by scientists in the USA. The research, conducted by James A Serpell and colleagues from the University of Arizona, University of Washington and Princeton University, offers strong evidence to support what scientists have long suspected: that some of the behaviours that help characterise breeds – a drive to chase, for example, or giving a warning when a stranger approaches – are associated with distinct genetic differences between them.

The evolution of the dog

Research scientist James A Serpell states: “If you look at the evolution of the dog, selection has been primarily for behaviours: hunting behaviours, guarding behaviours, or giving companionship to humans.”

What stood out to the researchers was that the traits with the highest rates of heritability – in other words, those that seemed to be most influenced by genetic factors rather than environmental ones – were behaviours such as trainability, predatory chasing, stranger-directed aggression and attention seeking. For these traits, genetics explained 60 to 70% of variation across breeds.

What’s particularly interesting is that all these different dog breeds and the variety of behaviour traits they exhibit is something relatively new. While canines have been human companions for as long as 30,000 years by some estimates, establishing different breeds and traits is something that’s only occurred in the last few centuries – and it’s down to human tinkering.

“These are exactly the types of traits that have been selected for in particular breeds of dogs,” says Serpell. “So for trainability, you're thinking of breeds like Border Collies that have to respond to human signals to accomplish complicated tasks; for chasing behaviour you can think of something like a Greyhound, which is innately predisposed to chase anything that runs; and for stranger-directed aggression you might focus on some of the guard dog breeds that are highly protective.”

Despite the impact of genetics, the researchers' results leave plenty of room for individual differences and an animal's environment in influencing behaviour. Serpell’s colleague, Noah Snyder-Mackler, adds: “It's important to keep in mind that we looked at breed averages for behaviour. We're not at a point yet where we can look at an individual's genome and predict behaviour. Environment and training still has a very, very strong effect.”

So, while your dog’s experiences with you will help shape their behaviour, there are some things that are just a fact of dog life. This serves to underpin the importance of always doing lots of research into different breeds before selecting a canine chum who will fit happily into your life and won’t drive you dotty with their natural in-built behaviours.

Scroll down to understand more about different breed traits

The science behind the study

For this study, the researchers pulled information from C-BARQ (Canine Behavioural Assessment and Research Questionnaire), a survey about 14 behavioural ‘factors’ completed by more than 50,000 dog owners. C-BARQ measured traits such as stranger-directed aggression, excitability, energy level, and predatory chasing drive. To look for associations with genetics, the team used data from two earlier studies, together representing 5,697 dogs, for which 172,000 points in the genome had been sequenced. They found that about half of the variation in the 14 measured behaviours across breeds could be attributed to genetics – a greater proportion than previous studies have found.

What breeds have what traits? If you have a cross or mixed breed dog, they’re likely to have a unique combination of behaviours. The Kennel Club currently recognises 218 breeds of dog, with each breed belonging to a group of similar breeds. There are seven groups, which the organisation defines as follows:

Gundog
Dogs that were originally trained to find or retrieve game. This group is divided into four categories – Retrievers, Spaniels, Hunt/Point/Retrieve, Pointers and Setters. They make good companions – their temperament making them ideal all-round family dogs.

Hound
Breeds originally used for hunting either by scent or by sight. The scent hounds include the Beagle and Bloodhound and the sight hounds breeds such as the Whippet and Greyhound. Many enjoy a significant amount of exercise and can be described as dignified, aloof but trustworthy companions.

Pastoral
The Pastoral Group consists of herding dogs that are associated with working cattle, sheep, reindeer and other cloven-footed animals. Usually this type of dog has a weatherproof double coat to protect it from the elements when working in severe conditions. Breeds such as the Collie family, Old English Sheepdogs and Samoyeds, who have been herding reindeer for centuries, are but a few included in this group.

Terrier
'Terrier' comes from the Latin word Terra, meaning earth. This hardy collection of dogs were selectively bred to be extremely brave and tough, and to pursue fox, badger and otter (to name but a few) above and below ground. Dogs of terrier type have been known here since ancient times and, as early as the Middle Ages, these game breeds were portrayed by writers and painters.

Toy
The Toy breeds are small companion or lap dogs. Many of the Toy breeds were bred for this capacity although some have been placed into this category simply due to their size. They should have friendly personalities and love attention. They do not need a large amount of exercise and some can be finicky eaters.

Utility
This group consists of miscellaneous breeds of dog mainly of a non-sporting origin, including the Bulldog, Dalmatian, Akita and Poodle. The name 'Utility' essentially means fitness for a purpose and this group consists of an extremely mixed and varied bunch, most breeds having been selectively bred to perform a specific function not included in the sporting and working categories.

Working
Over the centuries, these dogs were selectively bred to become guards and search and rescue dogs. Arguably, the working group consists of some of the most heroic canines in the world, aiding humans in many walks of life, including the Boxer, Great Dane and St Bernard. This group consists of the real specialists in their field who excel in their line of work.

If you found this interesting you may also like:

WHAT 'SOCIALISATION' FOR YOUR DOG REALLY MEANS
If you have a puppy, you want to help them become a well-rounded, confident adult, which is where ‘socialisation’ comes in. Getting it right is an essential, but tricky, process

TAILOR YOUR TRAINING TO YOUR DOG’S PERSONALITY
When it comes to teaching your dog new stuff, it’s never a case of one size fits all. Canine behaviour experts agree that tailoring your approach by understanding the way your dog learns is key to success

BRUSH UP ON YOUR DOG PARK ETIQUETTE
Meeting up in the park means good times for groups of sociable dogs. However, like any social activity, it’s important to know the basic rules of etiquette to ensure everyone stays safe and has an enjoyable experience

DOG BEHAVING BADLY?
Sometimes, dogs being dogs is just too much for their human owners to handle. That’s why we need to help our canine companions to learn when we’re happy for them to do certain things, and when we’re not

PACK LEADER OR PERFECT PARTNERS?
Being a five-star dog owner is all about building a brilliant human/canine bond. Good dog owners set behaviour boundaries, but also provide space in the partnership for a dog to be a dog

Sources: thekennelclub.org.uk, sciencedaily.com. Findings published in the Proceedings of the Royal Society B