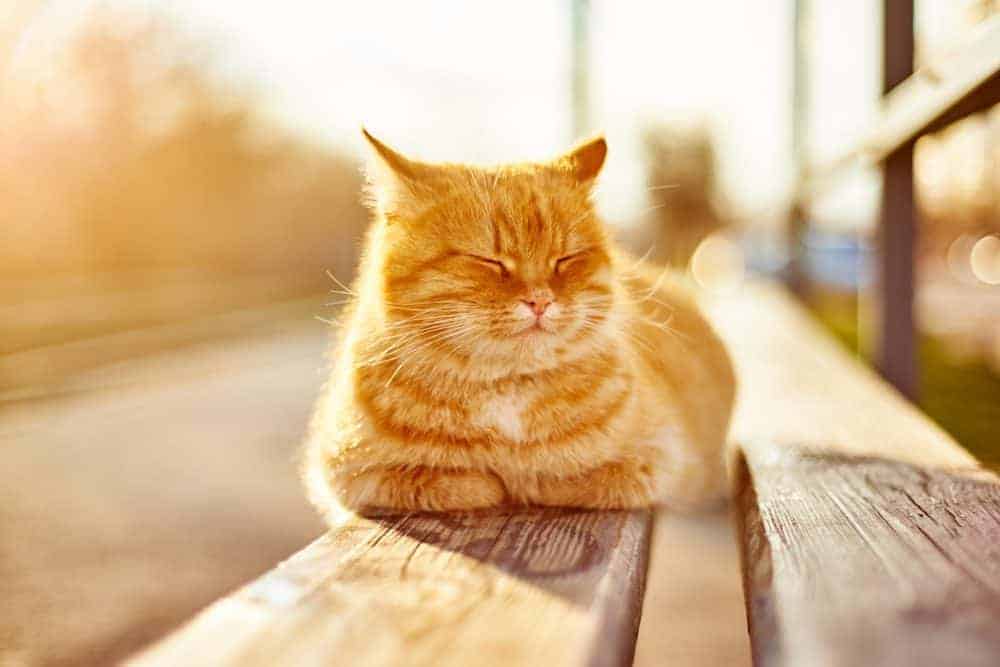 Does your cat know their name?

Poppy? Molly? Charlie? Luna? If you’ve called your favourite feline one of these names then you’re totally on point. These are currently the most popular names for cats, according to Cat’s Protection Big Cat Name Survey. Although, when it comes to the naming of a cat, it’s very much a personal decision – and for those who want their pet’s name to stand out from the cat crowd, anything goes. The more unusual monikers revealed in the survey included Couscous the puss puss, Lord Puddington and Miss Fizzy Whiskers...

However, whatever name we choose to bestow upon our beloved pet cats, does it make any difference to them? Do they actually understand that they’re called Alfie or Bella or even Archibald von Snugglemuffin?

Most owners would argue that of course they do and, while there’s a general consensus that cats do seem to recognise and respond to their names when they’re spoken to, there’s been little scientific evidence to support this observation.

While research into human vocal communication has primarily focused on dogs, studies have found that a range of other species including apes, dolphins and parrots are all capable of recognising spoken words by humans, yet this has remained untested in cats – until now.

In recent times, research has begun to focus on the cat’s ability to communicate with humans, with some of the key findings including:

The authors note that all this is: “Pretty amazing for a species that only began to cohabit with us 9,500 years ago and who’s main route to domestication was through a process of natural selection rather than by us choosing and breeding specific features, as was the case for dogs.”

And, while a previous study found that cats are able to successfully identify their owner’s voice over that of a stranger’s, the latest research project went one step further – by investigating whether cats can discriminate their name from other generic nouns, as well as from the names of other cats they live with.

The authors report that: “The study found that cats across different settings, including those that lived alone, with other cats or resided at a cat café, could all recognise and were seen to respond to their own names when spoken by their owner and were also able to distinguish their names from other spoken words. The cats could also distinguish their names from other words when spoken by the testers who were unknown to the cats. So, it’s not just the owners voice cats are responding to!”

The study discovered that cats that lived in cat cafés were the only felines who struggled to identify their own names, compared to cats living together in pet homes, and often responded to the names of the other cats they lived with. The researchers concluded that this was most probably because of the large numbers of different visitors that the cats interacted with, who often called lots of the cat’s names at the same time, meaning it was harder for the cats to build positive associations with their individual names.

The authors observe: “This is a plausible explanation and suggests that cats need to learn to associate something positive with their individual name for it to have meaning and therefore for them to attend to it. Therefore, spending time teaching our cats their name by pairing it with something rewarding is important for them to learn this association.”

The value of training your cat to respond to their name

The authors also point to the many benefits of training your cat to respond when you call their name: “Evidence that cats are able to recognise their names and discriminate them from other words is an important step in studying the domestic cat’s ability to recognise verbal human communication. Knowing our cats reliably respond to their names can be important if we need to gain their attention and can be especially useful if we want to teach them other behaviours, such as to come to us when they are called. Whilst we traditionally think of training behaviours as primarily a dog orientated activity, teaching our cats certain skills can also be hugely important and enjoyable for both.”

Certified clinical animal behaviourist and training expert, Linda Ryan, a member of iCatCare’s Feline Wellbeing Panel, adds: “I think there is great value in making a cat’s name a relevant and positive cue, so as to invite the cat’s attention, create predictable and welcomed human-cat interactions and signal the start of something fun and worthwhile for the cat. We should teach it positively, by pairing saying the cat’s name with something they love, like food, affection or play (and never using it for anything negative, of course!). Cats can really enjoy training, and it should be as important a part of our lives with them as it is considered to be with dogs. Training with cats, however, is a little different from training with dogs, in that we need to take it slow, work in short sessions, be calm and quiet, allow time for them to enjoy their treats, and provide those treats in a cat-friendly way. When we ‘think cat’ in how we train, it can be a wonderful way to build that bond.”

6 REASONS WHY YOU SHOULD MICROCHIP YOUR CAT Whether you have a cat who prefers the indoors, or a cat who loves to explore the local neighbourhood, microchipping is an important procedure that can help to protect them in the future.

KEEPING YOUR CAT SAFE IN THE GREAT OUTDOORS Cats love to do their thing outside. Whether that’s exploring, observing, territory marking, hunting, interacting with (or stealthily avoiding) neighbouring felines, or simply finding a safe sunny spot for a nap. However, the curiosity of cats means they can get into scrapes from time to time. As a responsible owner, you’ll want to do all you can to protect against unfortunate incidents.

GARDEN DESIGNS FOR YOUR CAT Providing your favourite feline with an entrancing outdoor space that they’ll want to spend lots of time in will help to keep them safely out of mischief...

Safe and scrummy snacks for your small furries

Pandemic pets have piled on the pounds too