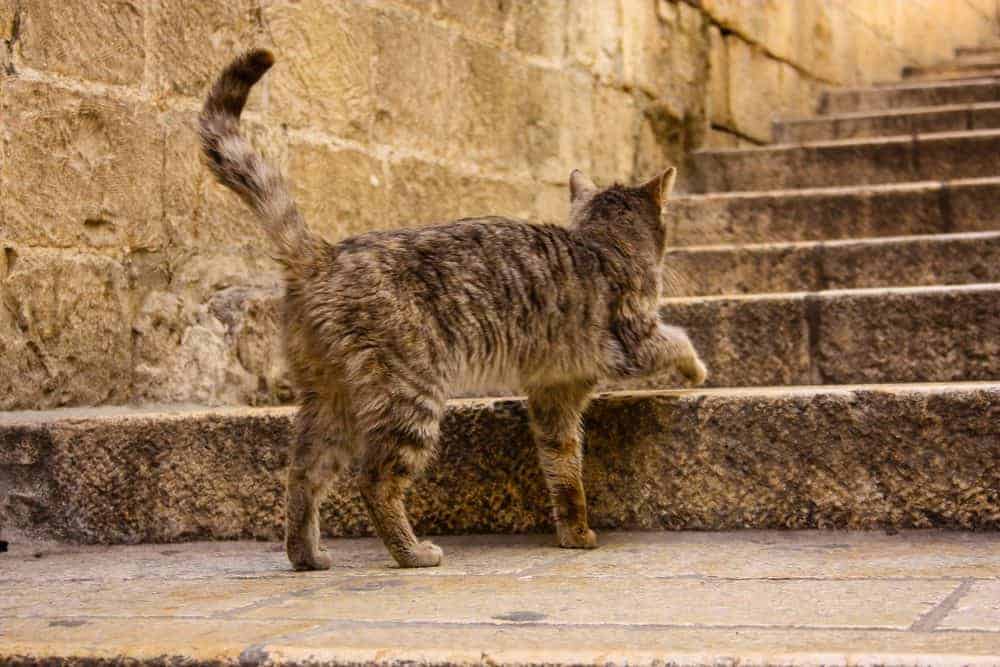 Top tip – it’s much easier if they’re microchipped! Plus, what a change in the law will mean for every cat owner...

There are plenty of stories of cats who have gone missing for days, weeks, months and even years, who have somehow, miraculously, managed to find their way home – including Big Ginge, who was recently reunited with his owners 10 years after he went missing from their narrowboat. A team from Cats Protection became aware of a stray in Lichfield, Staffordshire, who they nicknamed Marmalade. Following a vet appointment, his true identity (thanks to his microchip) was discovered.

Then there’s the story of Zeke, a Maine Coone who disappeared from his London home in July 2016 after being bullied by two new cats that arrived in his household. Owner David Blane, from Haringey in north London, said Zeke began spending more time outside and then disappeared completely. However, in October 2021, the missing cat was found and taken to the North Hertfordshire branch of Cats Protection. Bianca Kubler, the branch co-ordinator, said: “He was dishevelled, and his coat was quite dirty, but he was a healthy 9kg (20lb) boy with an insatiable hunger and, despite needing five teeth removed and a good bath, he was in good health.” Yet Zeke seemed depressed, which all changed once he was reunited with his owner after five long years. Ms Kubler said that even after all that time, Zeke recognised Mr Blane and “it seemed like a light had come on.” Zeke is now back home, and with no other cats to contend with, is ruling the roost again.

And how about the incredible tale of Porsche? When Hurricane Sandy hit the east coast of the United States in October 2012, Uranie Roberts and her daughter Carol Baumann were forced to evacuate their home, gathering their belongings – including their beloved cat Porsche – and heading in-land to shelter with family eight miles away. But, in all the commotion, Porsche managed to escape. When the time came for them to return home, the pair were forced to accept that they’d seen the last of their furry friend. Yet, in May 2013, there was a familiar sound at the back door. There, on the porch, was Porsche. “I saw the green eyes and I said, ‘My God in heaven, it’s Porsche!’” revealed Carol Baumann. After half a year, Porsche had made his way eight miles across the storm damaged coastline and seemed none the worse for wear after his epic journey. Uranie Roberts said: “It’s just amazing how he found his way home. I wish he could talk!”

A sense of direction

Whether it’s technology or instinct that’s better at helping cats find their way home is up for debate. There are some feline experts, including vet Sandra C Mitchell, who believe that cats really do have a special homing instinct that helps them find their way back. She says: “Although we don’t know for certain how it works, evidence supports the idea that cats are able to use the earth’s geomagnetic fields – potentially combined with scent cues – to locate their homes. However, much like people having a sense of direction, some cats may have stronger instincts than others and be able to follow the trail home more effectively.”

It’s an intriguing idea and not without foundation. In fact, it’s thought that other species such as migrating birds seem to have an internal global positioning system (GPS) that allows them to follow the same pattern every year, using the sun and stars to help orient it. Some researchers think birds may also recognise landmarks.

Why do some cats wander?

However, it’s better to put your favourite feline off wandering altogether. A good place to start is to consider the reasons why your cat might be likely to roam in the first place. Sandra C Mitchell suggests that these scenarios are likely contenders:

How can you encourage your cat to stay closer to home?

While you can’t do much about a cat-loving neighbour who dishes out free meals to tempt your pet away, there are lots of practical things you can do to transform your cat into a happy homebody. For example:

What’s more, microchipping your cat is soon to be the law in the UK. Under the Action Plan for Animal Welfare and following a consultation process, the government found that 99% of people support compulsory microchipping for cats. When cat microchipping shortly becomes mandatory, the following will apply:

Commenting on this change in the law, Cats Protection’s Head of Advocacy & Government Relations, Jacqui Cuff, said: “Microchipping is by far the most effective and quickest way of identifying lost cats and can help ease the pressure on rescue charities like Cats Protection. Without a microchip, a lost cat will most likely end up being rehomed to a new home as there is often no trace of their original owner.”

So spread the message to all your feline owning friends – microchipping your cat is a must in 2022!

Is your cat a Burgess cat? Join the Burgess Pet Club for exclusive offers and rewards.

At Burgess, all our cat food is made using premium ingredients and is high in protein, to ensure excellent quality and superior taste to help keep your cat happy and healthy – from kitten, to adult and mature and our award-winning variety for neutered cats.

CAN YOU TRAIN A CAT? Felines excel at training their human guardians to give them food, attention and a cosy lap to curl up on. But is it possible for us to train them?

DOES YOUR CAT KNOW THEIR NAME? Whatever name we choose to bestow upon our beloved pet cats, does it make any difference to them? Do they actually understand that they’re called Alfie or Bella or even Archibald von Snugglemuffin?

ARE YOU AND YOUR CAT MORE ALIKE THAN YOU THINK? It’s long been suggested that people look like their dogs, but when it comes to cats, it seems to be more the case that humans and felines can share similar personality types. So, if you have a grumpy Tabby cat, a super friendly Ragdoll cat, or fiendishly feisty Bengal cat, could this actually say more about you than your pet?

HOW TO STROKE YOUR CAT Question: What’s the best way to stroke your cat? Answer: Probably not the way you’re doing it. And, if you’ve been an ailurophile (cat lover) all your life who knows quite a bit about cat body language, cat behaviour and even cat psychology, this news will probably come as a bit of a shock...

10 THINGS I HATE ABOUT YOU If our feline friends could tell us what they really think, here’s what they’d probably say about some of the things we do that they’re none too happy about...