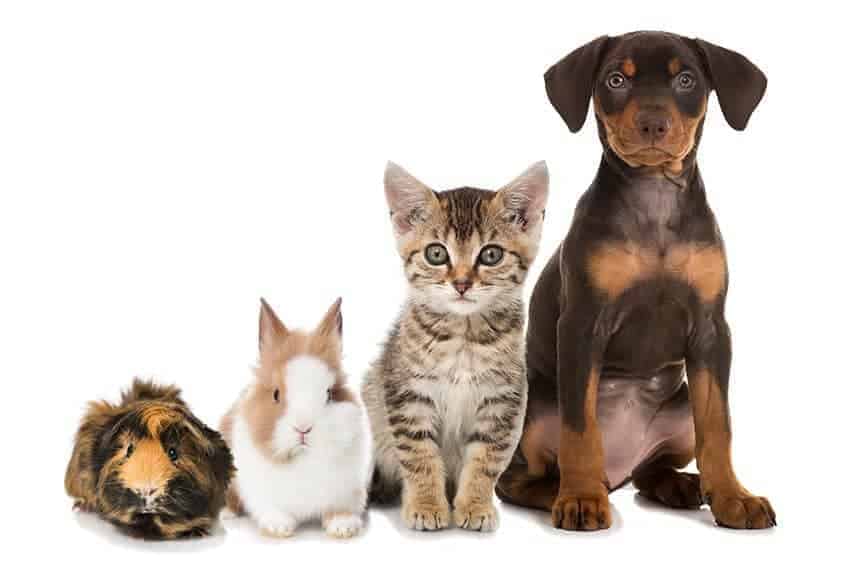 Are you a pet expert?

Q1: How intelligent is your dog? Scientists estimate that the average dog has the same brain aptitude level as a toddler. How many words do most dogs understand?

Q2: Cats spent almost a third of their waking hours cleaning themselves. Why?

Q3: How high can chinchillas jump?

a) Six inches b) Six feet c) They can’t jump

Q4: Which type of hamster prefers to live alone?

Q5: Mother rabbits are sometimes considered to be rather aloof with their babies as they leave them alone for long periods of time. Why is this the case?

Q6: How many times a day should you feed your cat?

Q7: Why should you put a flat stone in your gerbils’ cage?

Q8: How sensitive is a dog’s nose? Humans have 5 million olfactory receptors in their nose, but how many are in a canine’s nose?

Q10: In the wild, guinea pigs live in close family groups of five to 10 individuals. Sometimes, several groups live in close proximity, forming a what?

a) Tribe b) Hamlet c) Colony

Q11: Degus are rodents originating in Chile, South America. Although they look a little like a large gerbil, they are in fact more closely related to what species?

a) A mischief b) A busyness c) A clowder

1: c) According to canine intelligence expert Dr Stanley Coren, the average dog can understand about 165 words. Rico, a Border Collie, appeared on German TV in 2001 showing he could recognise 200 words. Rico held the record until Chaser, another Border Collie, displayed knowledge of an incredible 1,022 words.

2: a), b) and c) Fastidious cleaning distributes natural oils around a cat’s coat, which guards against dampness and seals in heat. It also removes food traces so that odours cannot be detected by potential predators. In addition, grooming keeps cats at the right temperature. Felines sweat a little from their paws, but mostly rely on saliva evaporation from their fur to cool them down.

3: b) Chinchillas have long hind limbs that are designed to help them leap out of harm’s way – astonishingly, chinchillas can jump over six feet in height.

4: a) Syrian hamsters like to go solo whereas dwarf hamsters, such as Russian Winter Whites, Russian Campbells, Chinese and Roborovskis, can be kept in same-sex pairs or groups.

5: a) Rabbit mothers instinctively leave their young alone for long periods of time to that their presence doesn’t attract predators. The kits will instinctively burrow into the nest to keep warm and remain out of sight.

6: b) To mimic the cat’s natural feeding habit of eating little and often, owners should divide their cat’s daily food ration into a minimum of five portions, which should be fed throughout the 24-hour period.

7: a) b) and possibly c) Gerbils recognise each other by their own scent and both sexes have a strong motivation to scent-mark their territory using their bellies and feet. A large, flat stone will be very useful for this. It can also be handy to wear down claws. Some gerbils may use a stone as a lookout point.

8: c) A dog has more than 220 million olfactory receptors in its nose. And, unlike humans, dogs smell ‘in stereo’ – that is, they smell separately with each nostril, which helps them work out exactly where interesting whiffs are coming from. Scientists suggest that a dog’s sense of smell is around 10,000 to 100,000 times as acute as a human’s.

9: b) Hobs. Baby ferrets are called Kits. Ferrets are part of the Mustelidae family, which includes otters, stoats, weasels and badgers, and are a domesticated version of the European polecat.

10: c) Guinea pigs originate from the grasslands and lower slopes of the Andes Mountains in South America. They are social animals and, in the wild, they live in close family groups. When several groups live near to each other, they form a colony.

11: b) Degus are part of the Octodontidae family of rodents, in the sub-order caviomorpha, which means they’re related to guinea pigs and chinchillas – although recent studies show that they may actually be closer in relation to rabbits. In the wild, they live in groups of up to 100 in complex burrows, which have nests and food stores.

12: a) Rather appropriately, it’s a mischief of rats. There’s also a busyness of ferrets and a clowder of cats.

How did you score?

8 or less – Paws for thought