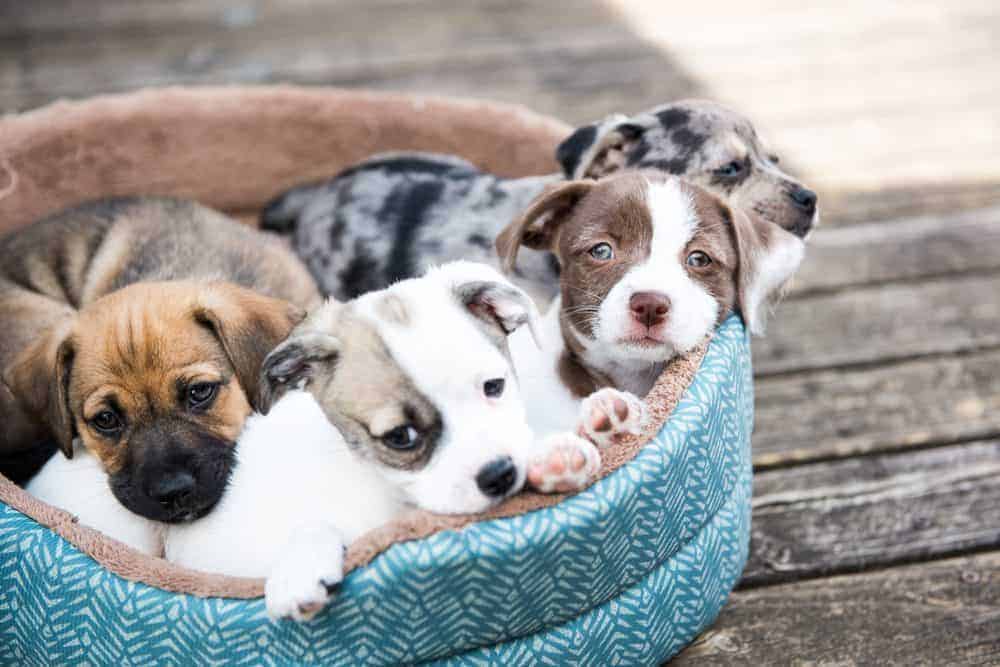 Looking out for lockdown puppies

‘Don't Be DOGFISHED’ is a new campaign to help stop people being duped into buying puppies that have been illegally imported into the country by devious dealers.

Paula Boyden, Veterinary Director at Dogs Trust, says: “People think they are getting a healthy, happy puppy but behind the curtain lurks the dark depths of the puppy smuggling trade. Many of these poor puppies suffer significant health conditions or lifelong behavioural challenges. This is why we are touring the country in a van like those used by puppy smugglers to educate the public, advising them how they can take action to avoid being ‘dogfished’. If it seems too good to be true, as hard as it is, walk away and report it.”

Google searches for ‘buy a puppy’ increased by 120% in the month after lockdown was announced on 23 March, according to Dogs Trust

Dogs Trust polled over 2,000 puppy owners to see how many buyers might have fallen victim of illegal puppy smuggling, where puppies are brought into the UK from central and eastern European countries to sell on for vast profits.

Many described how sellers falsified paperwork, offered discounts for a quick sale or lied about the age and breed of the dog.

What the experts say

The Don't Be DOGFISHED campaign is asking potential new owners to take the following steps to avoid being misled when buying a puppy:

Have you heard of Lucy’s Law?

On 6 April, the Government introduced landmark new legislation to tackle the low-welfare, high volume supply of puppies and kittens, by banning their commercial third-party sale in England to help disrupt the supply chain of unscrupulous breeders and dealers.

The law is named after Lucy, a Cavalier King Charles Spaniel who was rescued from a puppy farm and is the result of a 10-year grassroots campaign supported by many animal-loving famous faces including Ricky Gervais, Brian May, Rachel Riley, Deborah Meaden and Sue Perkins.

Marc Abraham, media vet, author, founder of Pup Aid and the Lucy’s Law campaign, said: “I’m incredibly proud to have led the 10-year campaign to ban cruel puppy and kitten dealers and to get this essential Lucy’s Law legislation over the line. I’d like to give a huge thanks to UK Government for passing this law, as well as every animal-loving parliamentarian, celebrity, welfare organisation, and member of the public that supported us.”

The Cost Of Owning A Dog During Lockdown

Love is in the air this Valentine’s Day

Vaccinations – vital for us and our pets